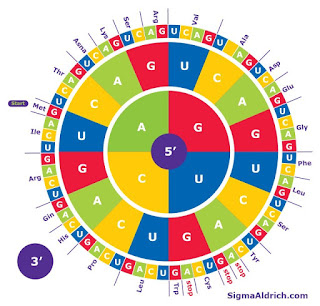 Today, Inga defended her Master project about the role of synonymous variants in disease or traits.

I was already interested in the role of synonymous variants when I was a PhD student at the Institute of Human Genetics in Bonn. At that time I searched in serotonin receptor genes variants and unfortunately found mostly synonymous variants. I then had to think of somethin
g interesting for the discussion and came up with codon usage bias back then.

Codon usage bias describes the phenomenon that variants of the universal genetic code are used differently by different species. Certain codons of the degenerate code are used preferentially, which ultimately corresponds to the tRNA concentration within the cell. The idea was that variants that swap frequent tRNAs for rare tRNAs would affect the translation of the corresponding protein. 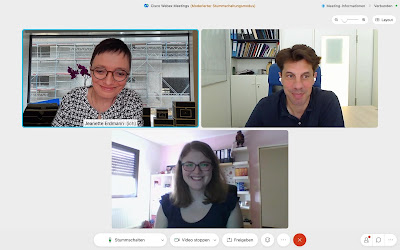 Inga has now filtered all the entries in the GWAS catalogue for synonymous variants and identified, among others, variants for which a significant difference in codon usage bias could indeed be detected. We will certainly stay on the topic.

Congratulations to Inga, who did this work very independently and under very difficult corona conditions, almost entirely alone in her home office. Well done!

All the best for the future!