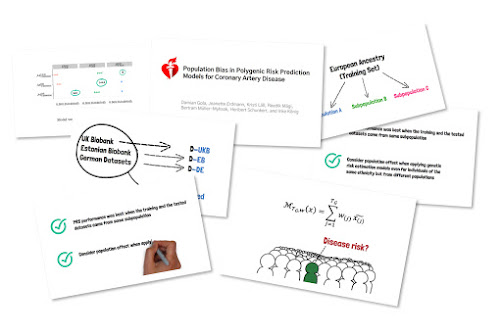 In collaboration with the group of Inke König and Damian Gola from our University and colleagues from Munich and Tartu we examined how polygenic risk scores (PRS) trained in population-specific but European data sets perform in other European sub-populations in distinguishing between coronary artery disease patients and healthy individuals.

This result has direct impact on the clinical usability of PRS for risk prediction: a population effect must be kept in mind when applying risk estimation models which are based on additional genetic information even for individuals from different European populations of the same ethnicity.

Please have a look at the explainer video from Circulation: Genomic and Precision Medicine: link to video