On the 26-27th of March, we had the opportunity to attend the International Symposium “Precision Medicine in Chronic Inflammation” hosted by the Cluster of Excellence “Inflammation at Interfaces” in Hamburg.
A fascinating talk by Prof. Stefan Niemann in the second session of the first day where he discussed the origin of the M. tuberculosis and its parallel evolution with its human host. He also explained that complex interactions may indicate the links between the strain genetic background and drug resistance. He also emphasized that integrative approaches are needed to identify the determinants involved in the pathogenesis of TB. 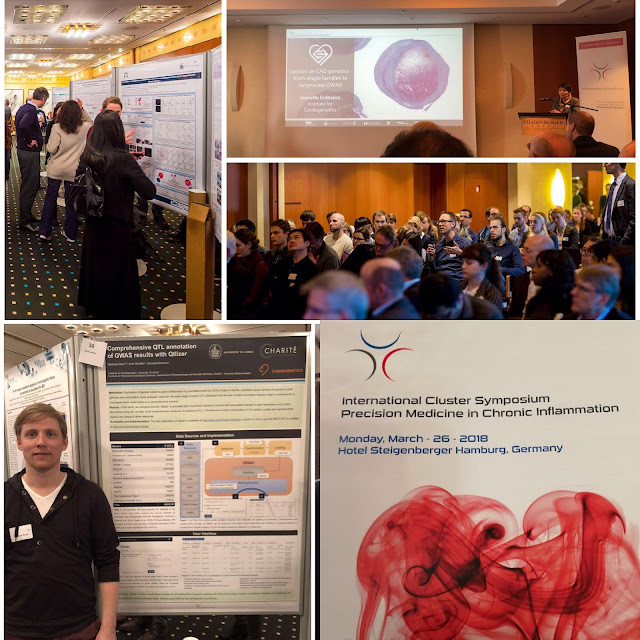 Interestingly to notice is the shift in conversation regarding precision medicine and its position within current healthcare and drug development, which was highlighted by, keynote lecturer, Stefan Schreiber (Speaker of the Cluster) and the 9th session dedicated to ethics, communication, and economics.
It was stimulating to see the “-omics” era is and will be, pushing forward towards a patient-centered focus of medicine rather than the current ‘one-fits-all’ approach.  However, in our efforts to achieve this goal it is imperative to ask thought-provoking questions such as:
Surprisingly Germany is lagging behind in answering these questions compared to fellow European countries such as the Netherlands and the United Kingdom, but the important message is that we are having this conversation NOW.