In October I attended the American Society of Human Genetics (ASHG) Meeting in Vancouver together with Arne Schäfer, my supervisor at the Charité – University Hospital Berlin. The conference opened with a heart-warming native dance performance by the First Nations Peoples, i.e. the aboriginal people, in Canada which was followed by interesting presentations. 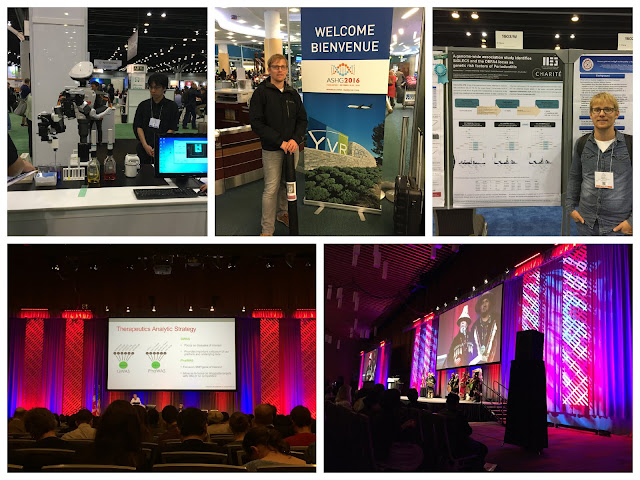 At the ASHG the much-anticipated Genome Aggregation Database (gnomAD) (http://gnomad.broadinstitute.org/), which harbors aggregated frequency information, was publicly released. It’s the successor of the Exome Aggregation Consortium (ExAC) Database by extending ExAC’s exome sequencing data to over 100k samples provided by various contributing projects including samples from our well known German Myocardial Infarction Family studies (GerMIFs). A talk that I found very interesting, was presented by Horvath S. in the forensic session. He presented an algorithm that predicts the age of an individual by incorporating approximately 350 human genome methylation markers. He applied the algorithm on various samples and, in comparison to telomere lengths, it can predict a person’s age with a far higher accuracy. Also, he showed that epigenetic age differs between tissues and between diseased individuals, for example breasts age faster than other tissues; and that individuals with Down-Syndrome age faster than non-diseased individuals.

There were also poster sessions which took place in a huge hall on the ground floor of the conference center and was surrounded by multiple industry booths. There was a company that offers Whole Exome Sequencing for 399 Dollars (https://www.genosresearch.com/offer.html) including the analysis! Amazing how the price for sequencing has dropped over the past years.

The second week of my stay in Canada I explored the region around Vancouver with my girl-friend. We first went to Vancouver Island to see the Rainforests and to go hiking in the Pacific Rim National Park. On a 200km off-road ride, we stopped at a river and watched the salmons on their hard way upstream. After that we continued to Whistler, about 100km north of Vancouver, where we were lucky to see our first wild bald eagle. 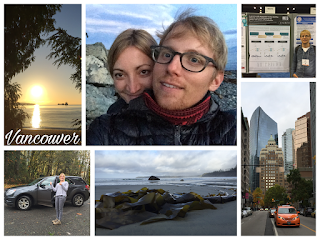 Finally, I want to post a special thank-you to Arne for giving me the opportunity to present our work at the ASHG and attend such a globally attractive and renowned meeting.