on October 08, 2015
For the midterm meeting of our CADGenomics Consortium, funded by the Fondation Leducq, we gathered in Leicester, UK. This was the fourth meeting with the entire group. In February we met in San Diego, so this time we were not the ones with a jet-lag (*phheww*).

We really love these meetings; it always feels like a big family meeting, except we also talk about science! So it is basically meeting friends and discuss your favorite project not only during the sessions but also later in the pub.

As in San Diego, the bioinformatics group had one extra day to meet and discuss future projects. We’re all from different fields and we can learn so much from each other. We had a fantastic discussion and now so many new and exciting ideas. 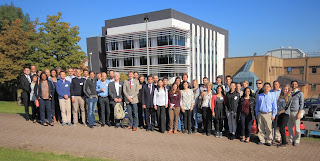 Jaafar, Ingrid and Maria had talks at the main meeting on Thursday. They were a bit nervous, as we had three reviewers in the audience. Maria, who is unfortunately not at the IIEG anymore, came from Barcelona to Leicester so that she could present her project. We already missed her a lot, so it was nice seeing her again. 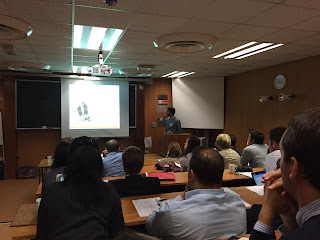 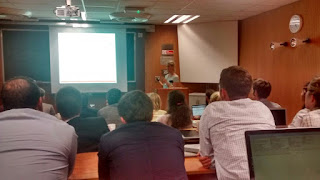 The reviewers from the Foundation Leducq evaluated the work we have done so far and our plans for the next years. All in all, they were really happy with us. They liked the fact that we focus our functional investigations on a few genes, detailed rather than broad studies. In addition, the multidisciplinarity of our group was highlighted by the reviewers. We have experts from all fields: wet-lab scientists, bioinformaticians and clinicians. 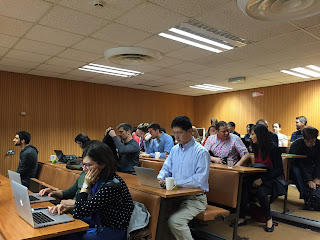 Unfortunately, and due to the tight schedule, there was no time to explore the Leicester, a multicultural city; a mixture of people and flavors (we had a fantastic dinner at a nice Indian Restaurant in Glenfield though). Hope to see more of Leicester next time - some of us are really looking forward to the Leicester Zoo!

All in all it was nice to meet the Leducq family again, we are already looking forward to the next meeting. This time in Lübeck!