on December 23, 2014
This year had one last fascinating event waiting for us: the OMICS meets cardiology meeting in Munich.

Eleven motivated members of the IIEG (JE, IB, CW, ZA, GH, SS, JA, KV, MP, BC and MK) started their journey early Thursday morning and were directly rewarded with a beautiful sunrise over the clouds. 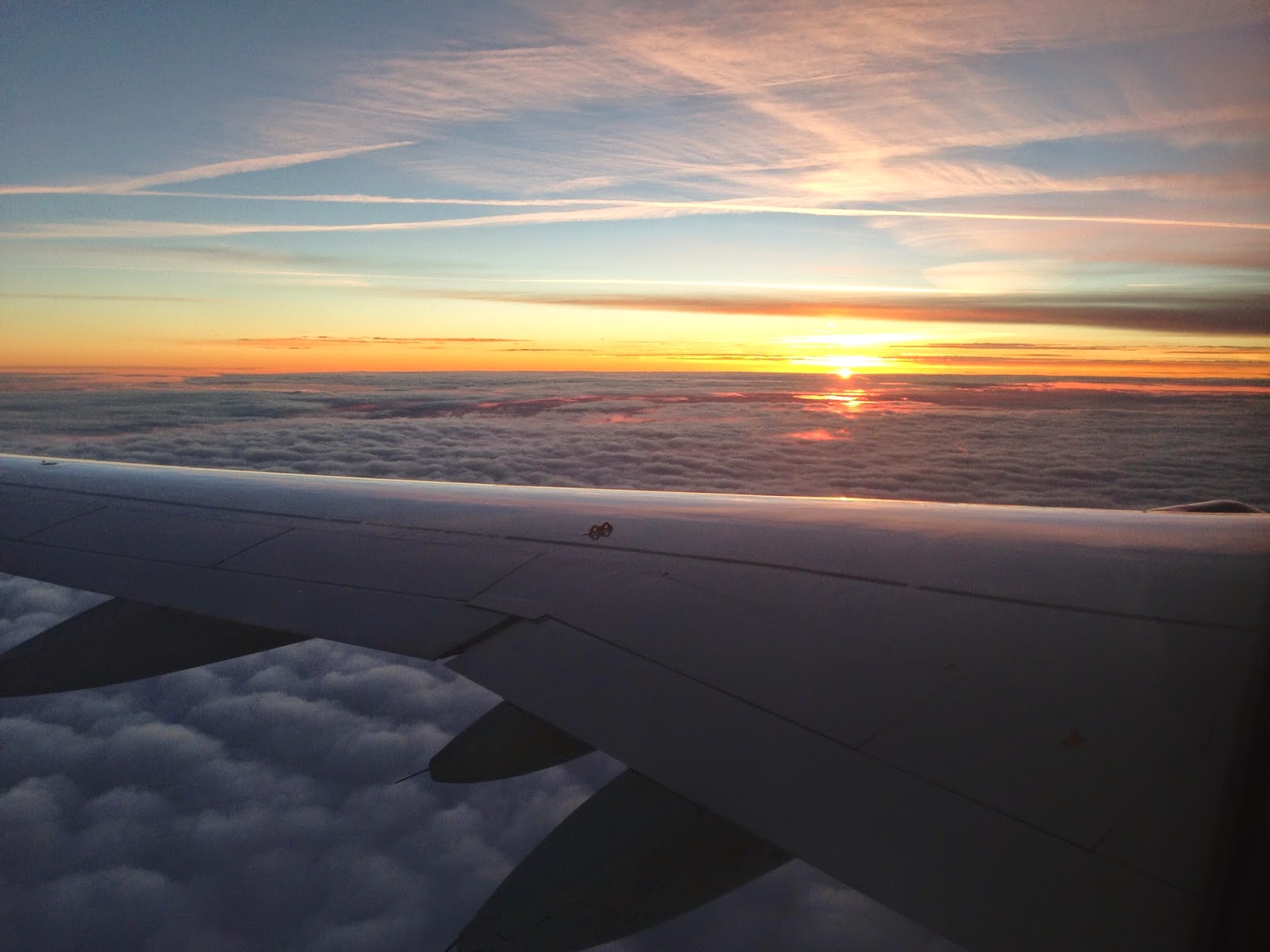 Arriving at the venue, the German Heart Centre in Munich, the program started with excellent talks about common and rare genetic variants, transcriptomics, mouse models, biomarkers and many more. A lot of fruitful discussion took place and the day ended with a get-together at the Löwenbräukeller, where we were spoiled with local bavarian food. Struggling to finish the meal everybody went to bed filled and happy. 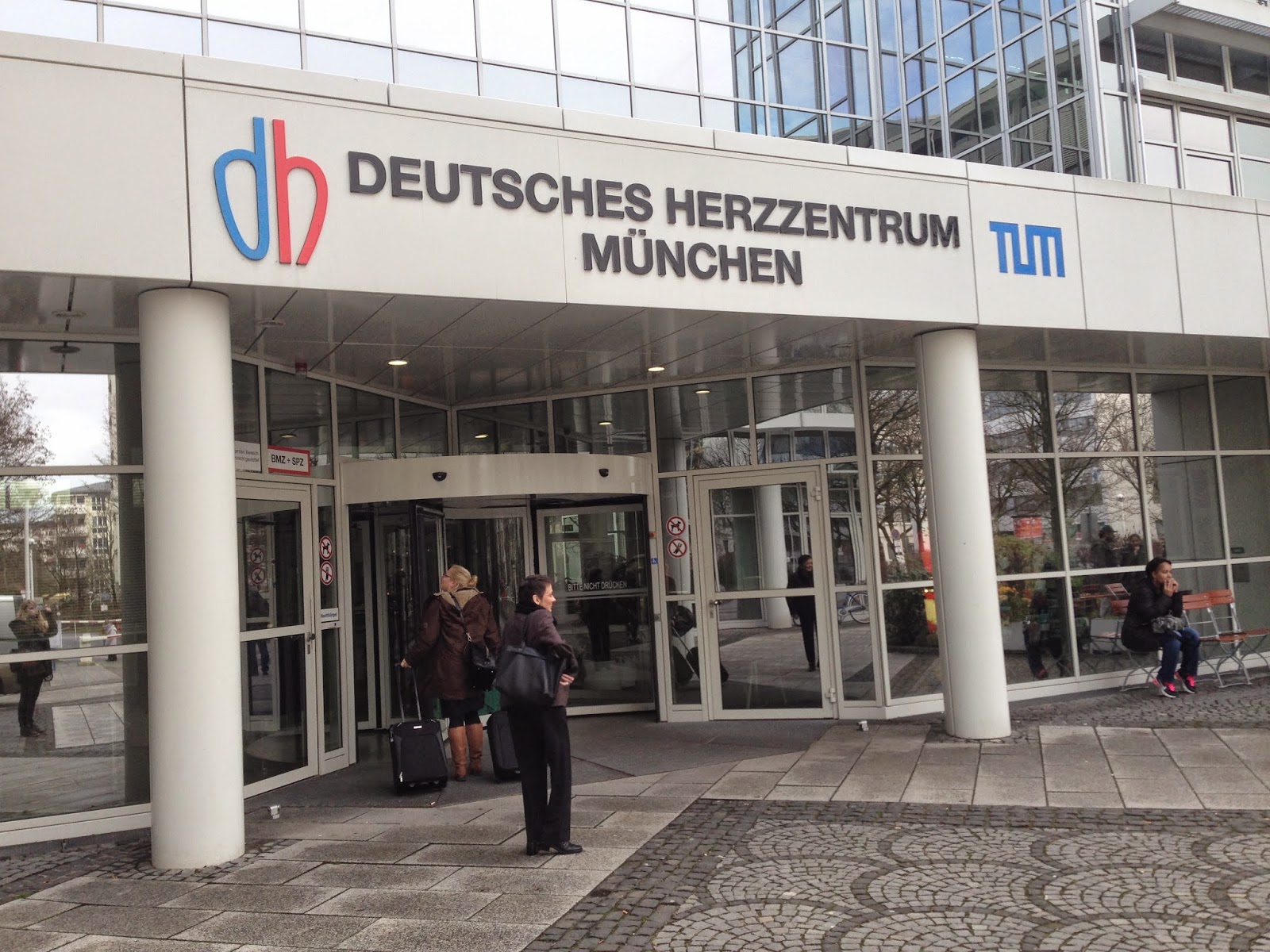 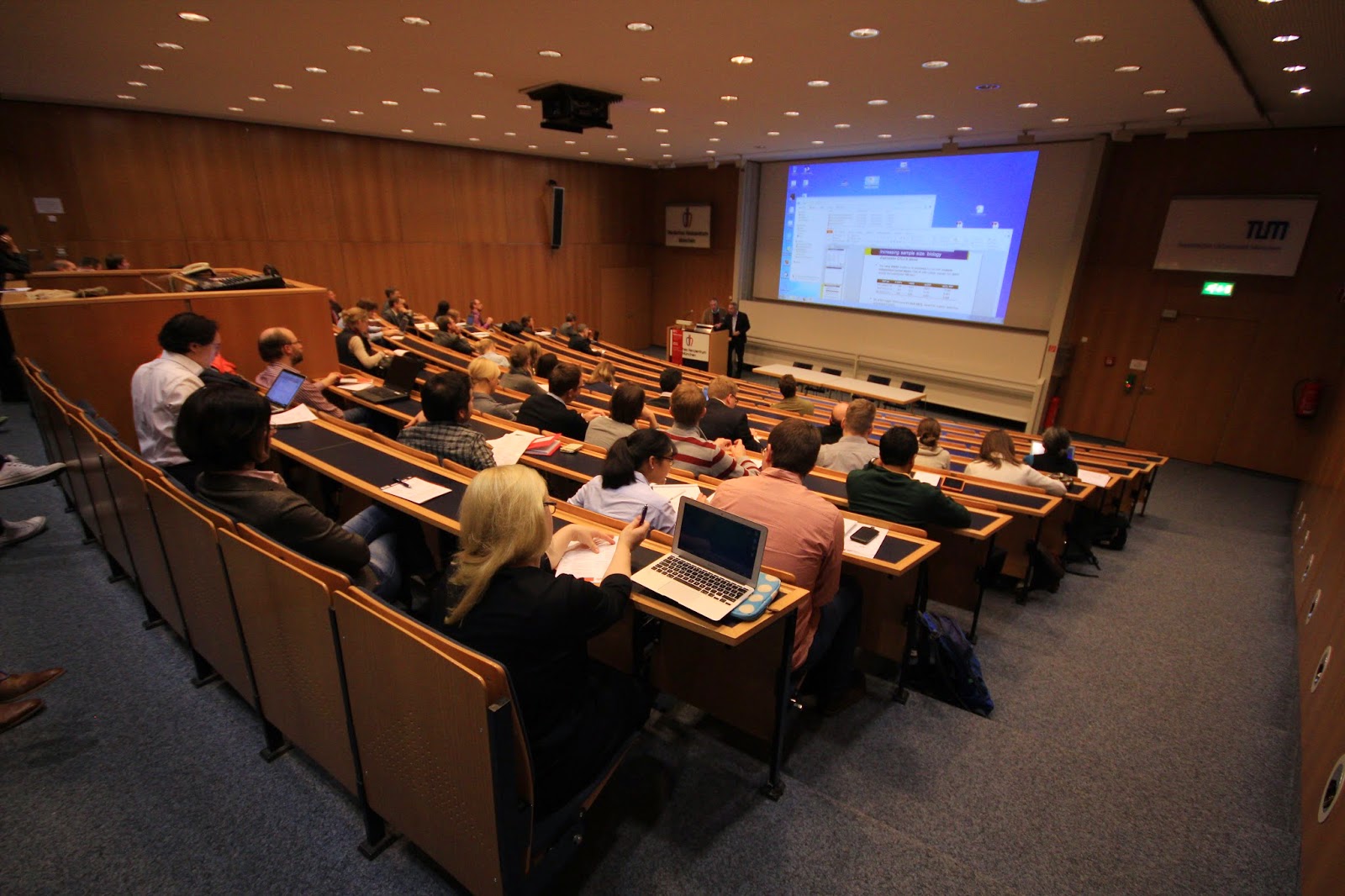 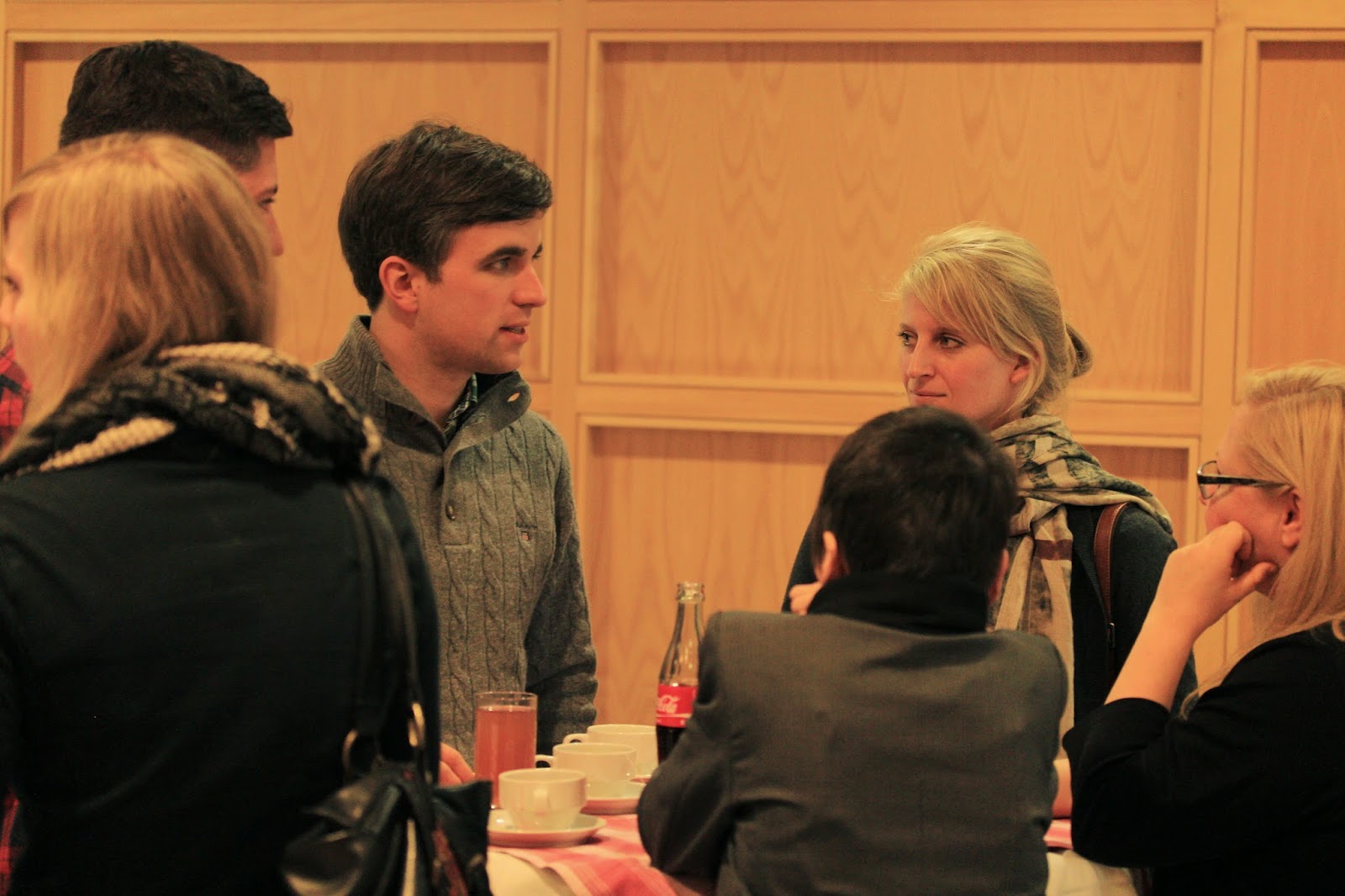 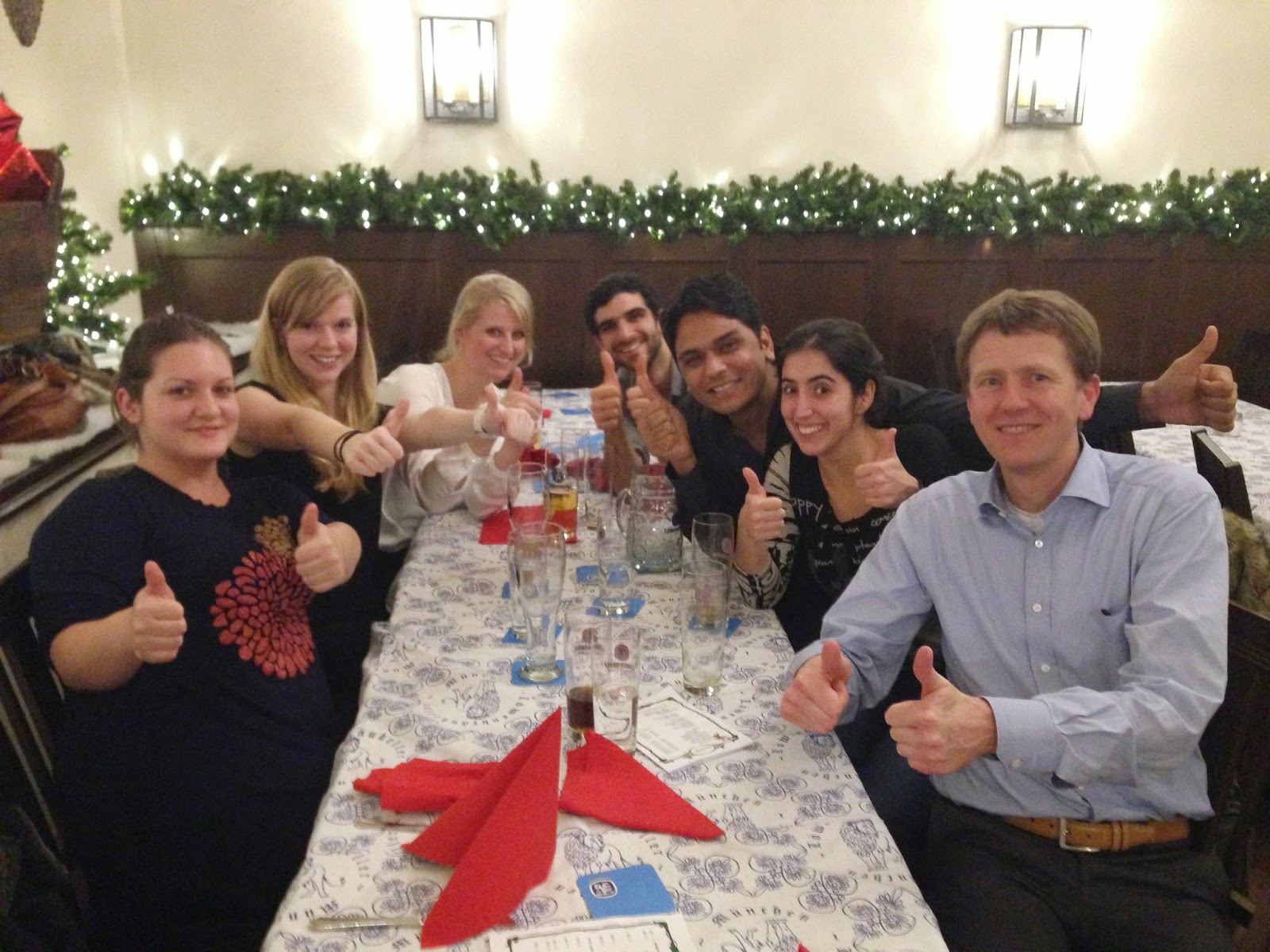 We started the next day with a delicious but smaller breakfast due to a still filled stomach full of duck/"Schweinshaxe"/ and other delicacies. Afterwards we continued with more interesting presentations about data integration, zebrafish models, networks etc. until the meeting ended in the afternoon. The IIEG group made their way back to the airport, however some of us (5 to be precise) decided to stay for the weekend and have a closer look at the bavarian capital.

After moving into their new quarters Krishan, Beata, Jaafar and Mariana first explored the Christmas markets with the help of Janis, a former colleague and local to Munich (at this point a big THANK YOU again). Is there anything better in the Christmas season than seeing all the nice lighting, smelling the typical scent of cinnamon and food and maybe try a Gluehwein? We managed to see the Christkindlmarket, the Weihnachtsdorf as well as the Medieval market and there was still more to see. 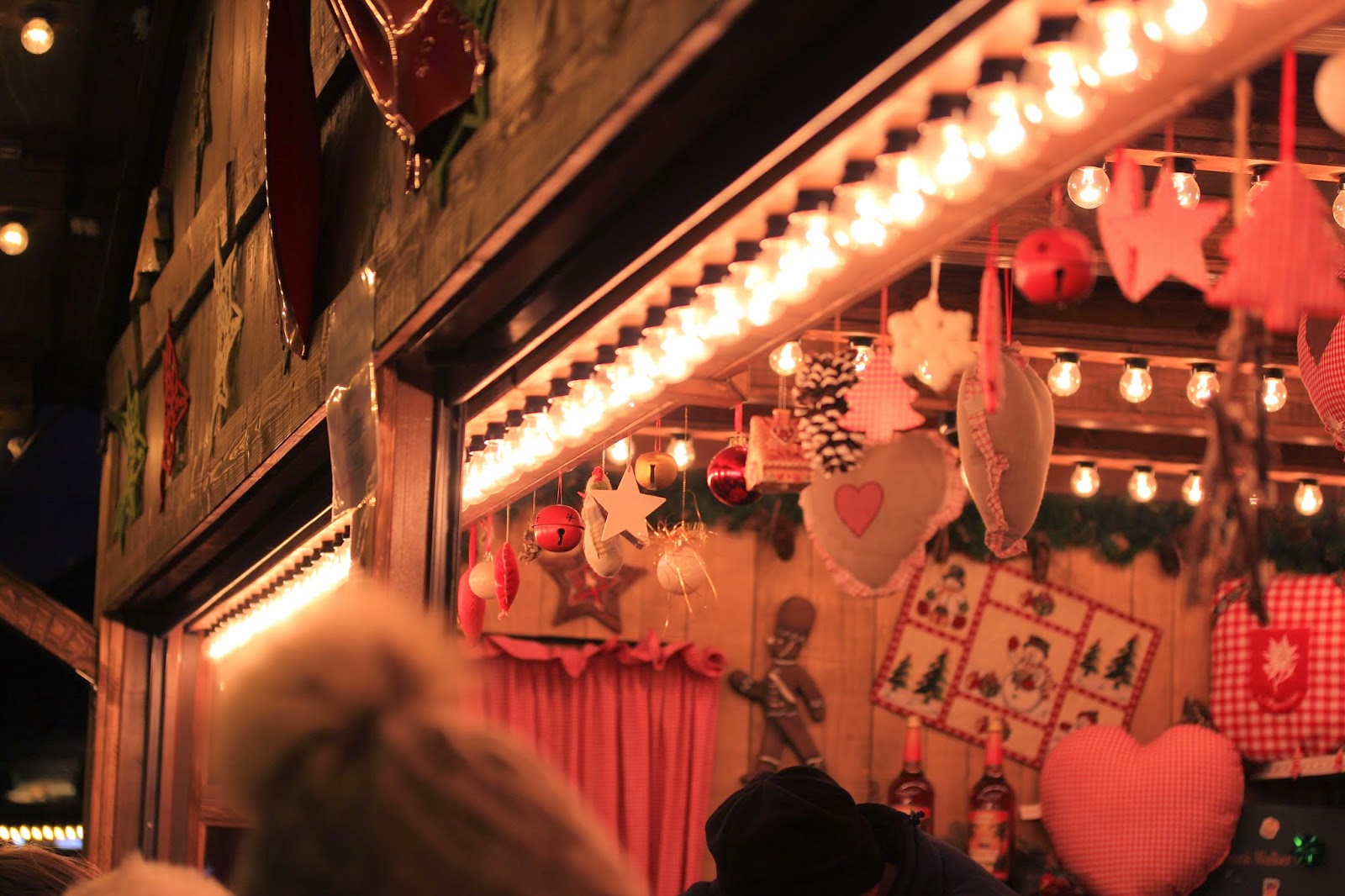 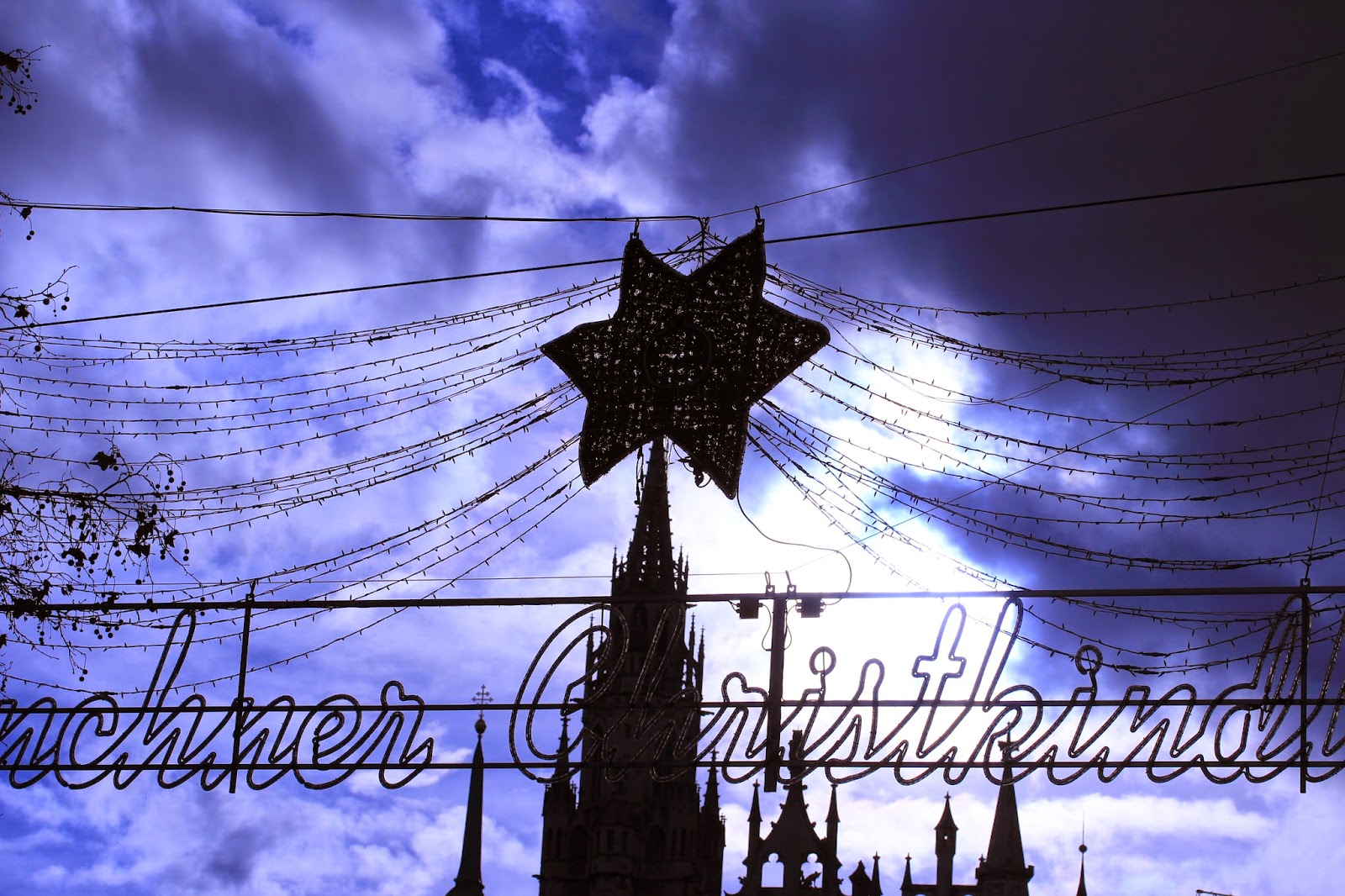 On Saturday we had a typical bavarian breakfast with Weisswurst, sweet mustard and Bretz'n. After that we decided to go on an excursion into German history, so we visited the concentration camp in Dachau. It was the one of the first camps that were established by the Nazis in 1933 and was liberated by the US forces in 1945. It is kept as a memorial and a warning for future generations to prevent such tragic events from ever happening again. We think the inscription in the third picture below describes the importance of this memorial the best. 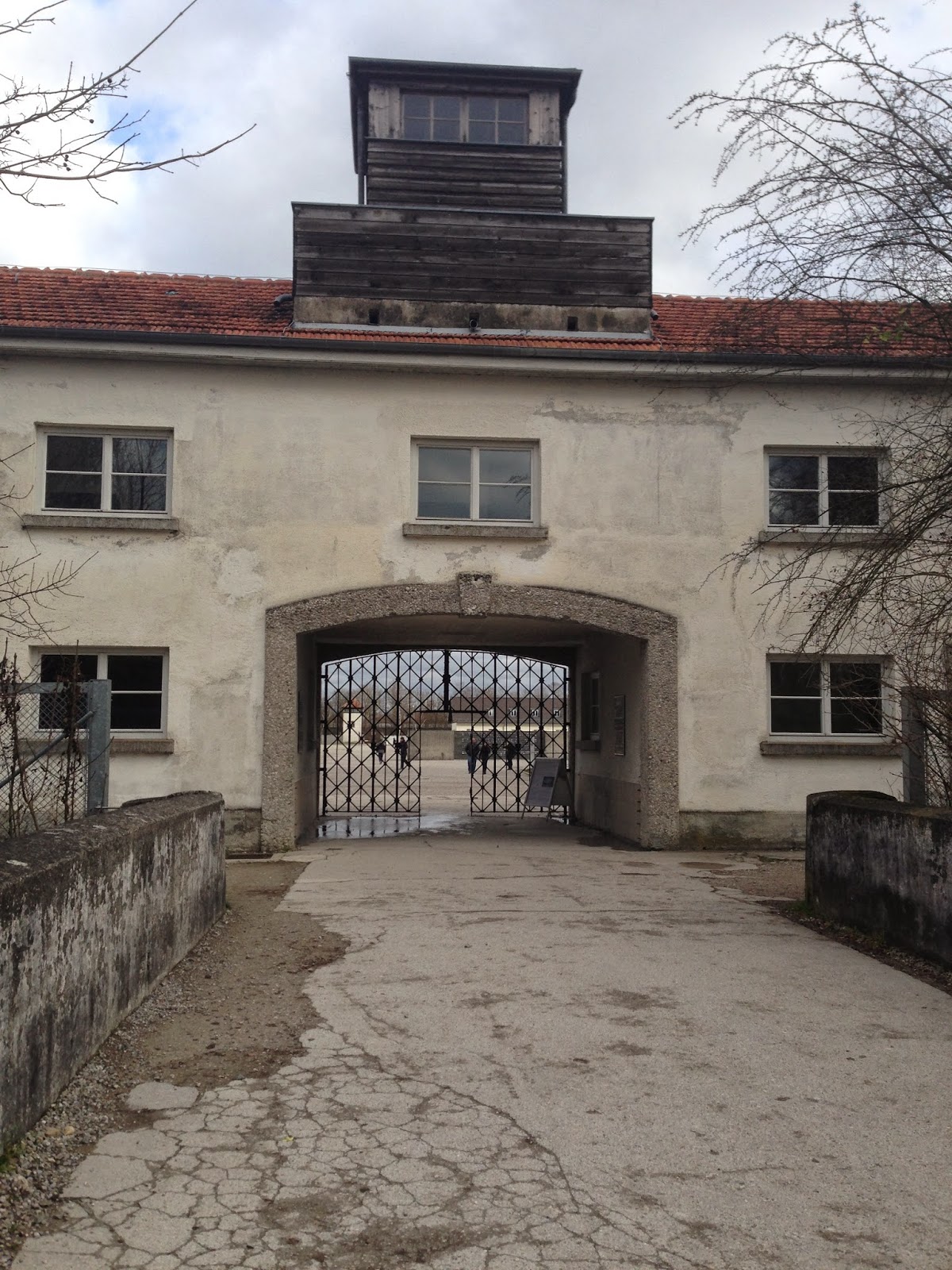 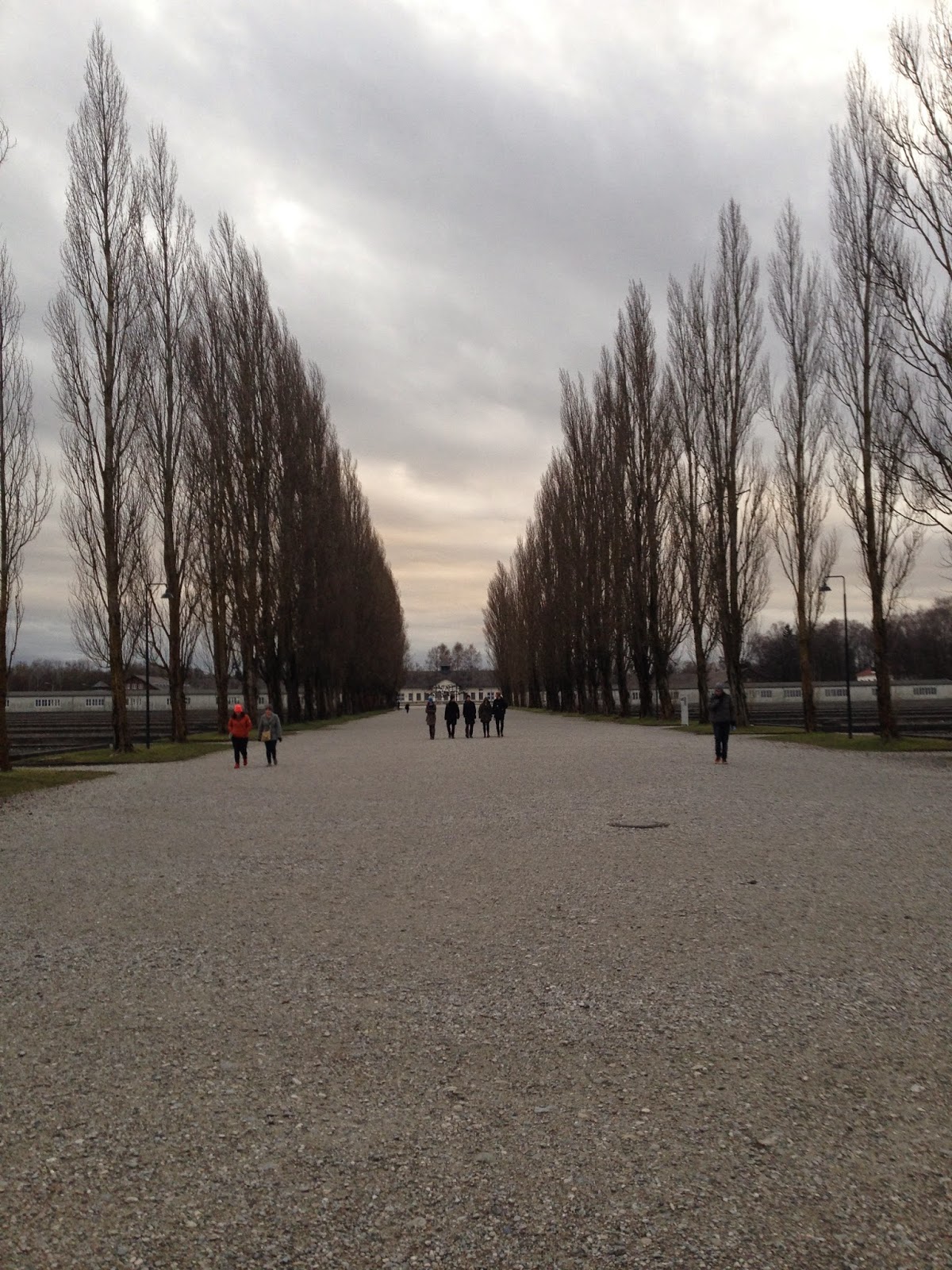 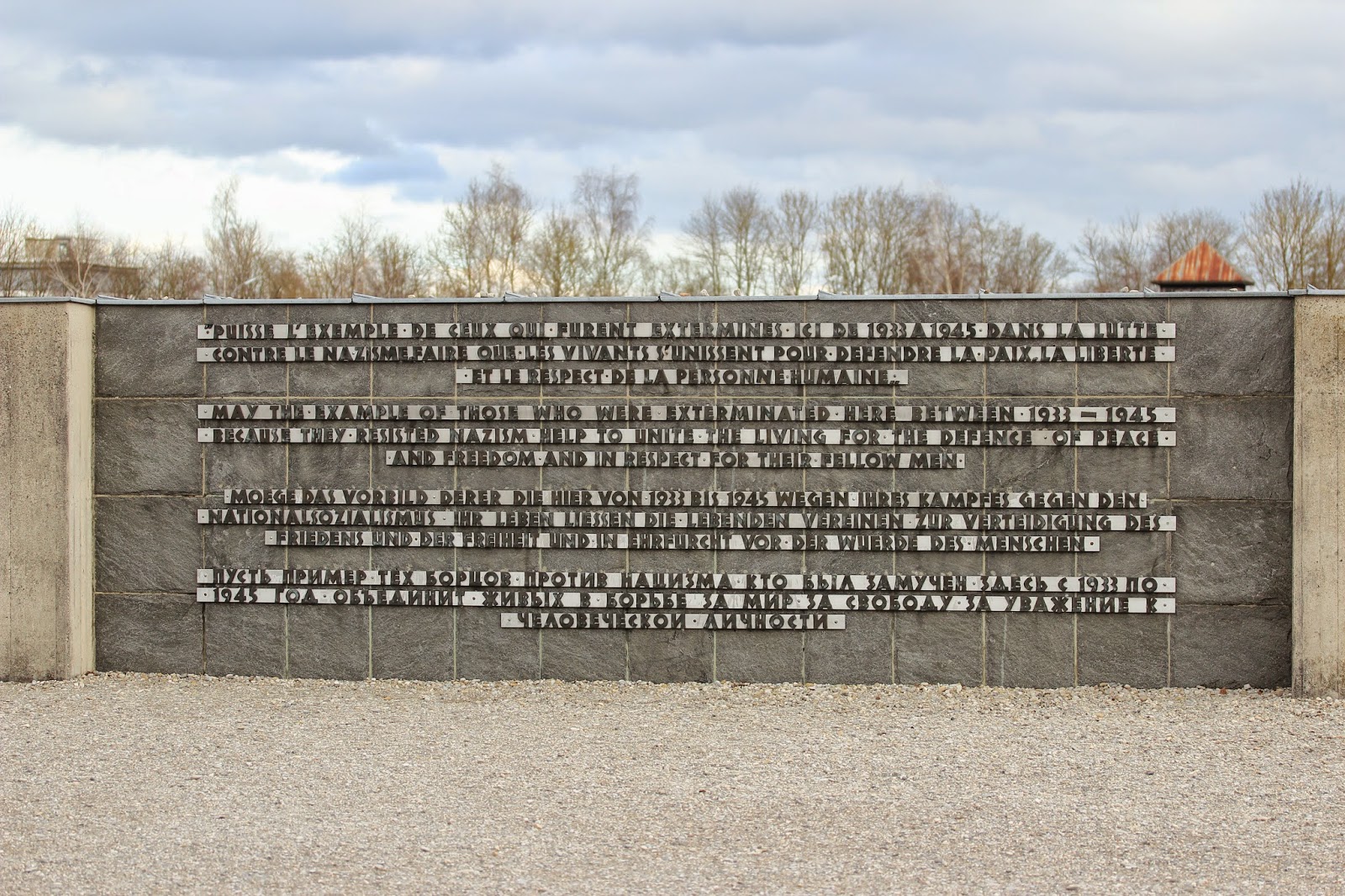 To take our minds off we visited another Christmas market, the Tollwood market at the Theresienwiese (where usually the Oktoberfest is held). 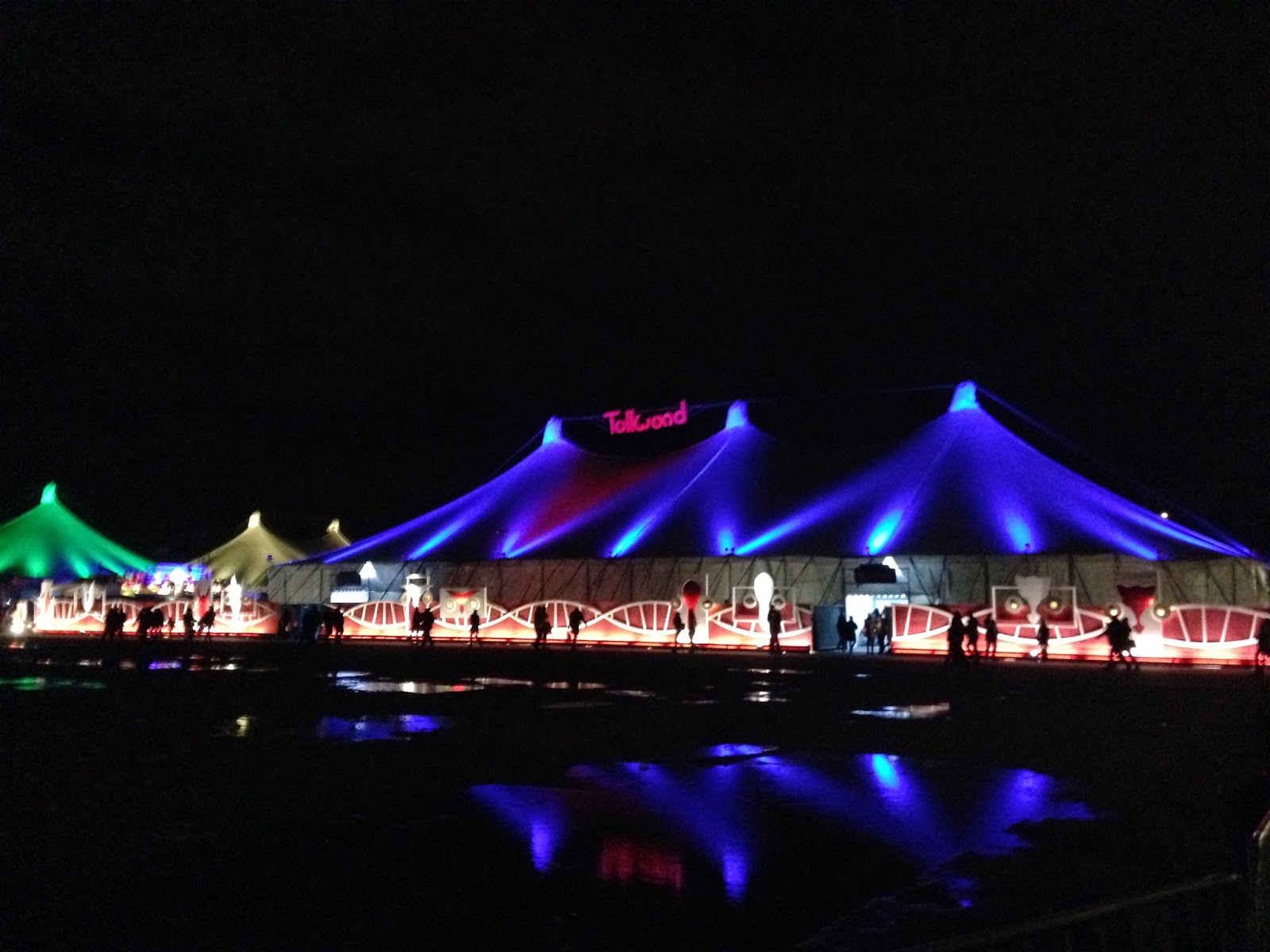 As every good tourists we had to visit the old part of the city including the famous Hofbräuhaus on Sunday. Afterwards we climbed the steep stairs of the Alter Peter Church, from where you have an amazing view on the city. Overall it has been an amazing and fun four days. How nice that work and pleasure can be so close too each other. 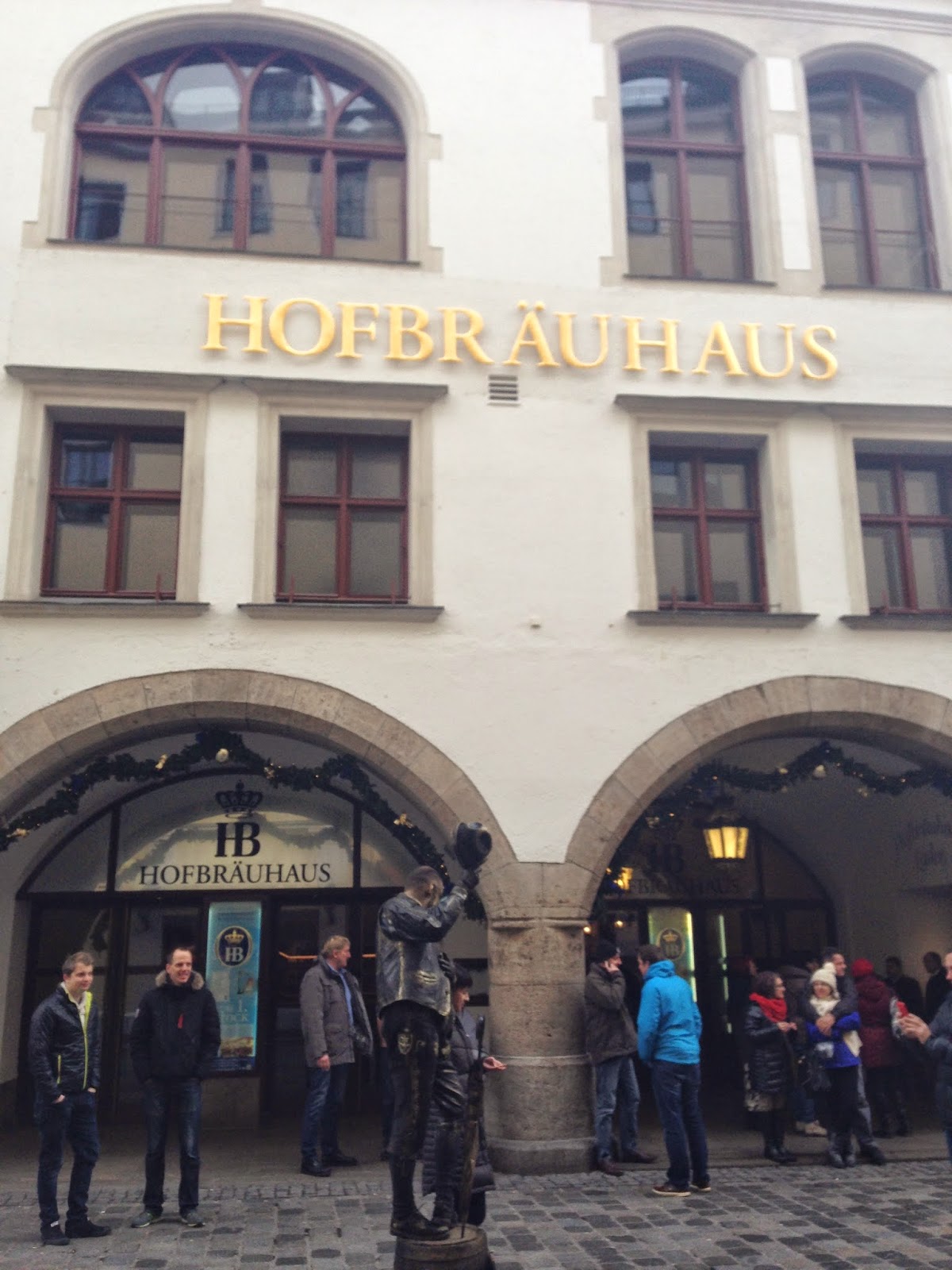 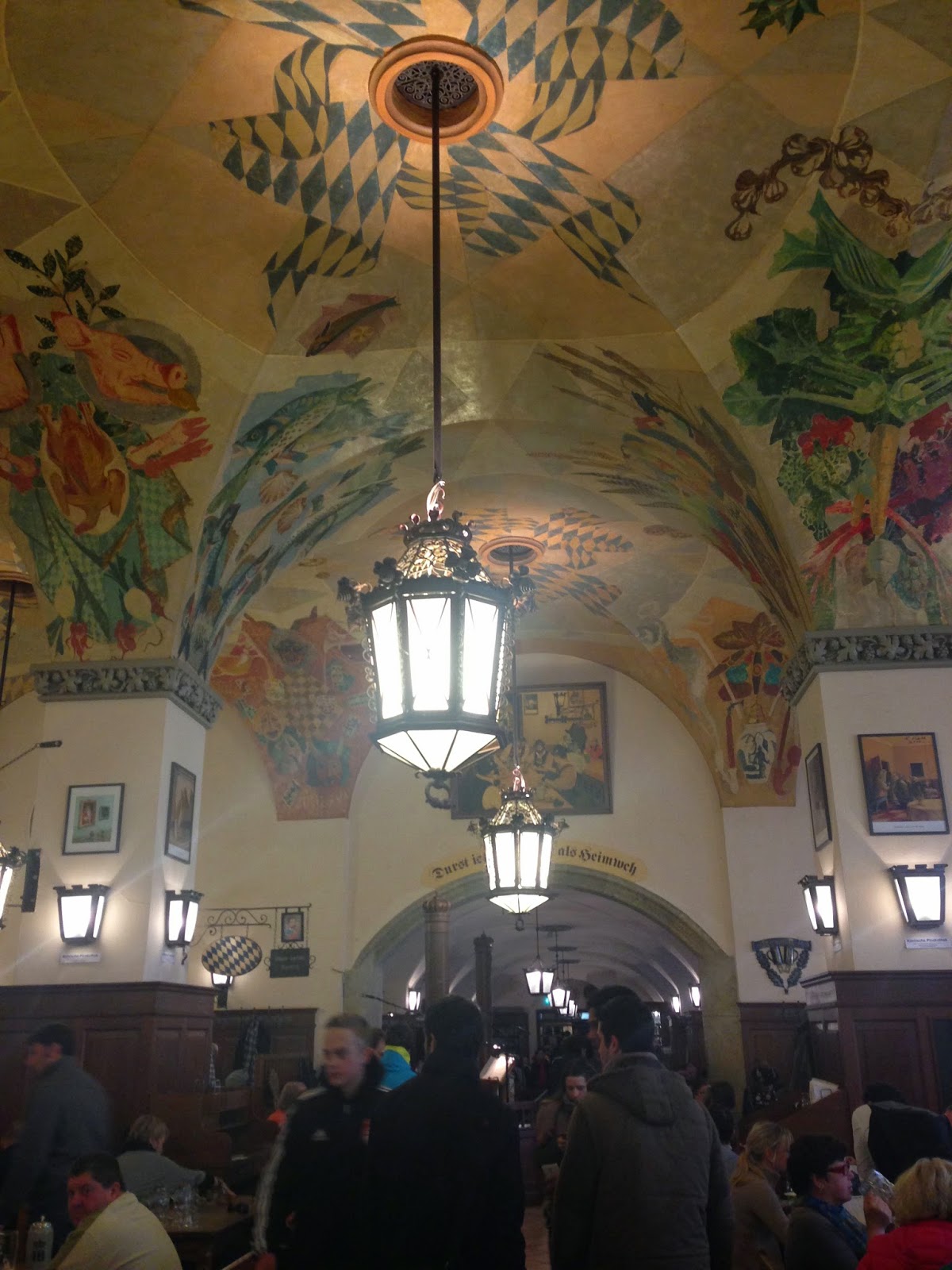 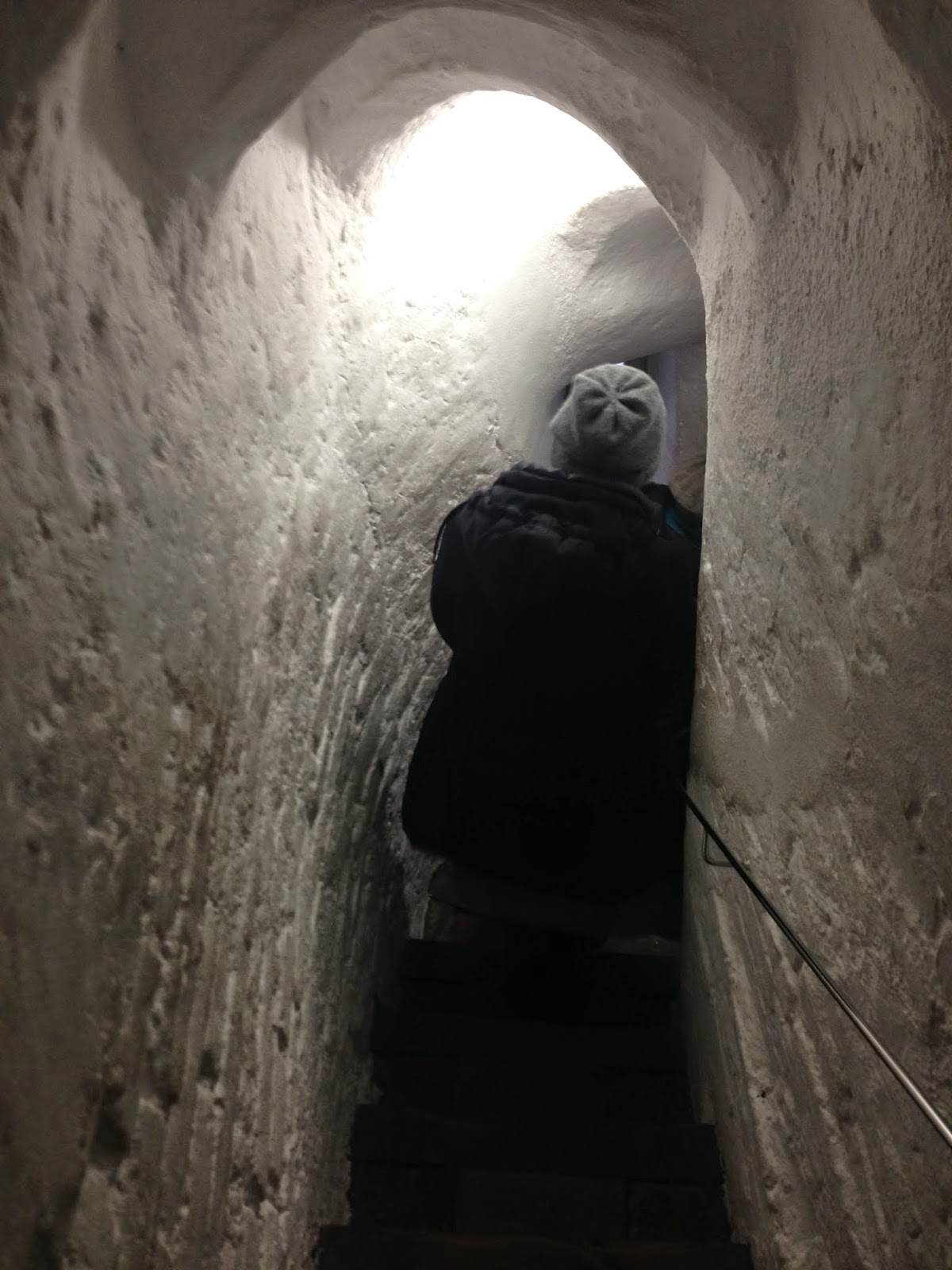 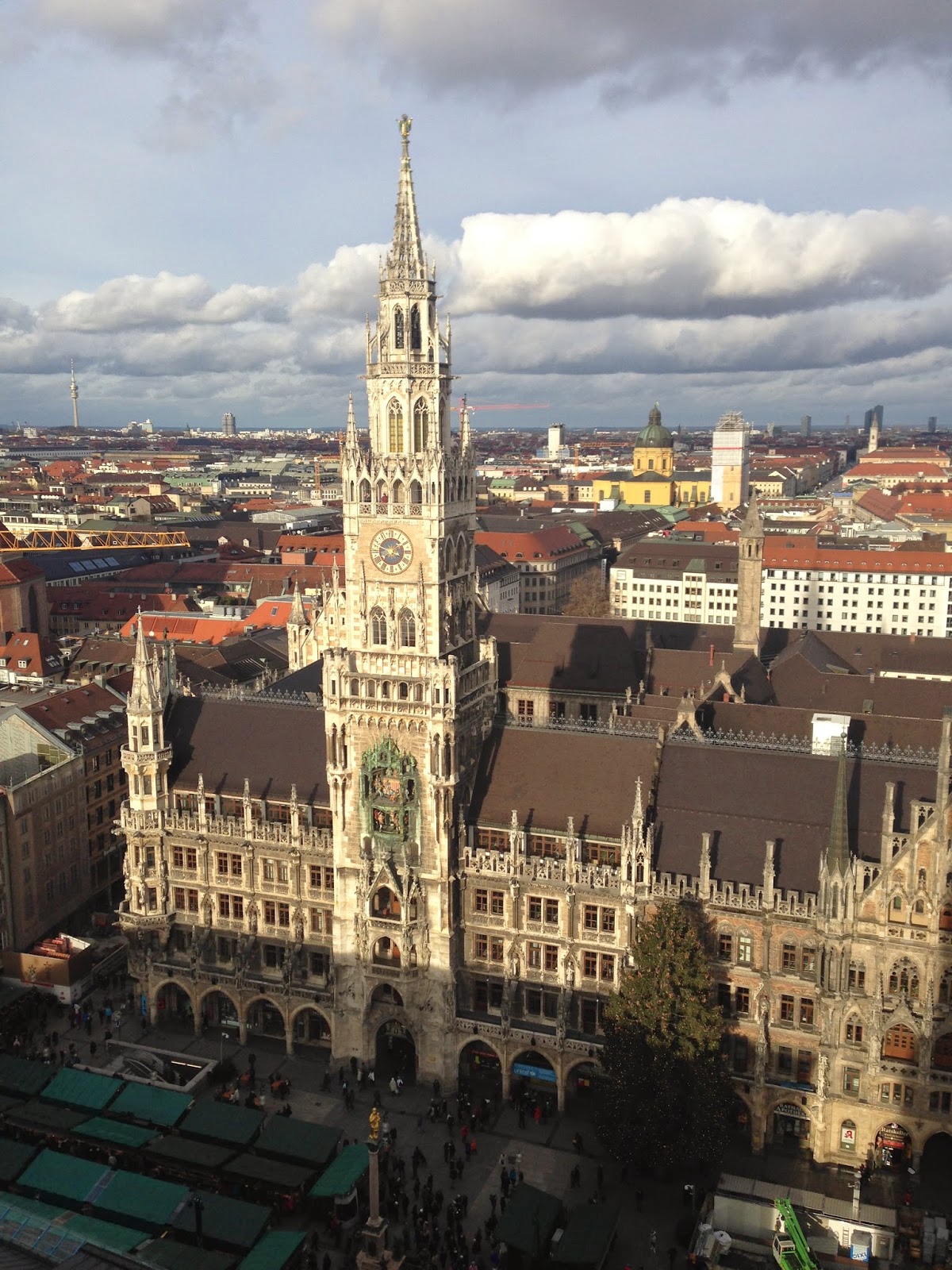 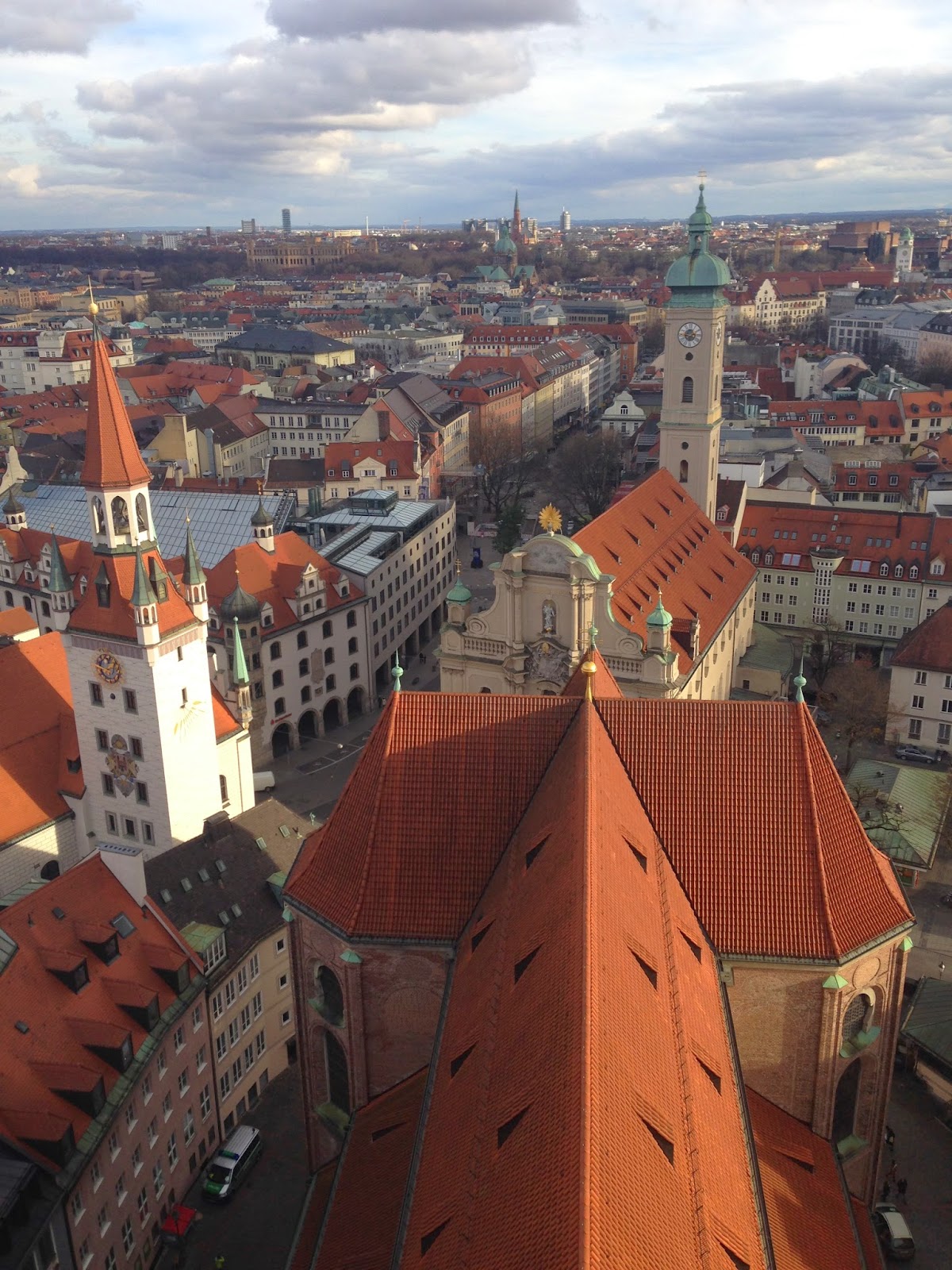