DZHK retreat in the Harz

on September 30, 2014
Four handpicked young scientist made their way to Braunlage in the Harz last week. We stayed at the Maritim hotel in Braunlage which was built in 1973 and  has still its original flair.
On Wednesday and Thursday we attended the first "Young-DZHK" retreat. We heard a lot of interesting talks and poster presentations from young scientists. While Benedikt gave a talk about a panel sequencing project for Ebstein's anomaly, Mariana, Michaela and Redouane presented their latest results on posters. The three titles were: "Virtual screening for ADAMTS7 inhibitors" (Michaela), "In-vitro investigation of Phactr1 gene in calcification" (Redouane) and "Prevalence of autosomal-dominant familiar hypercholesterolemia in unselected CAD patients" (Mariana).

After the official end of the Young-DZHK retreat on Thursday we had some time to explore the area surrounding the hotel.
Besides work, we had time to do take a swim in the pool and visit the sauna. We also learned that if everything else goes wrong, Redouane could easily join the olympic team in archery.

At noon the "real" retreat with the big shots of cardiovascular research began. After a short welcome there was a panel discussion called "translation" in the evening. Next day we had to decide which of the interesting sessions we wanted to attend. It was great to get to know what all the different people at the DZHK are working on. Also there was some good discussions.


Of course one important aspect of a retreat is the networking with your colleagues. So in the afternoon we had a "joint adventure" and we joined the "Monsterroller" group. Some kind of off-road scooter which we used to race down the Wurmberg. Of course never faster than the allowed 10 km/h ;) Due to the rain we all were happy that we had spare clothes with us. It was still a lot of fun. The day ended with a barbeque on the hotel roof where we had a really nice view. Afterwards, we kept on networking in the hotel pub and even planned to meet again with some of the young DZHKs to increase collaborations on the "youngster" level.


Overall it was a fantastic and interesting meeting that ended with a great keynote from Eileen Furlong on "Transcriptional regulation during developmental transitions: a view from 3D". 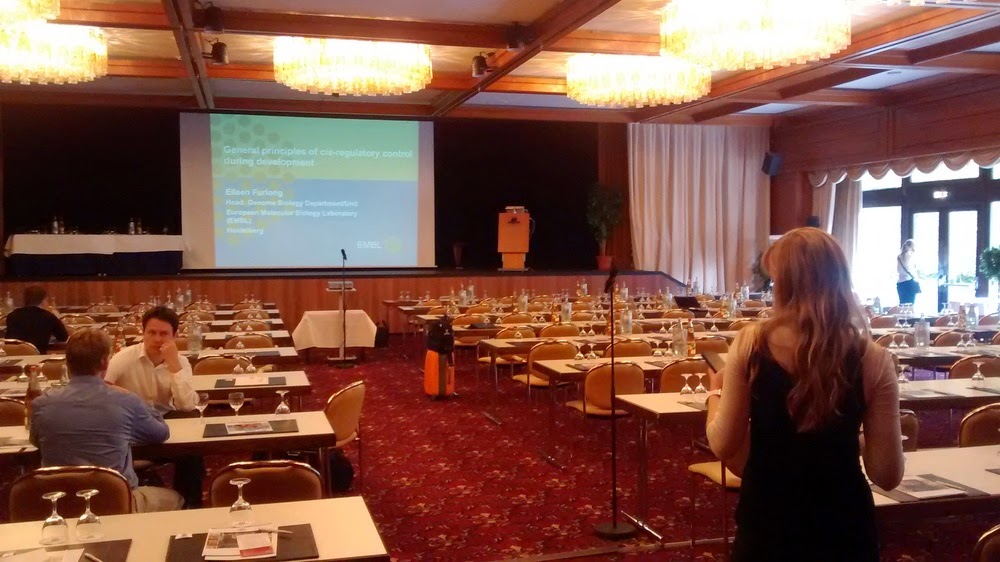