on July 29, 2014
This morning, we found a pigeon trapped behind the sun blind outside our office. It almost broke our hearts to see the little exhausted bird hardly managing to move his wings. He had probably been stuck there a while, at least over night. First, we tried to help Bruno, as we named him, through the window. We did, however, soon realise that we had to lift him from above. Hence, to free the little pigeon, we had to ask our super caretaker for help. While Benedikt softly pushed the bird from below, the caretaker, Mariana and me got up on the roof to pick it up with a pair of tongs and a box. 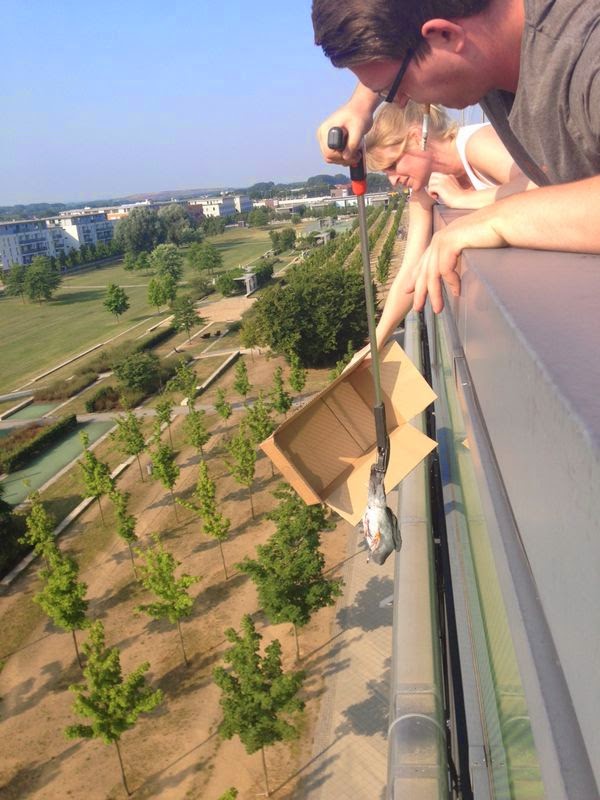 Having freed Bruno, we identified that he had a ring around his foot. Bruno is a carrier pigeon born in 2014. We released Bruno in the park close to our office building and gave him some water. 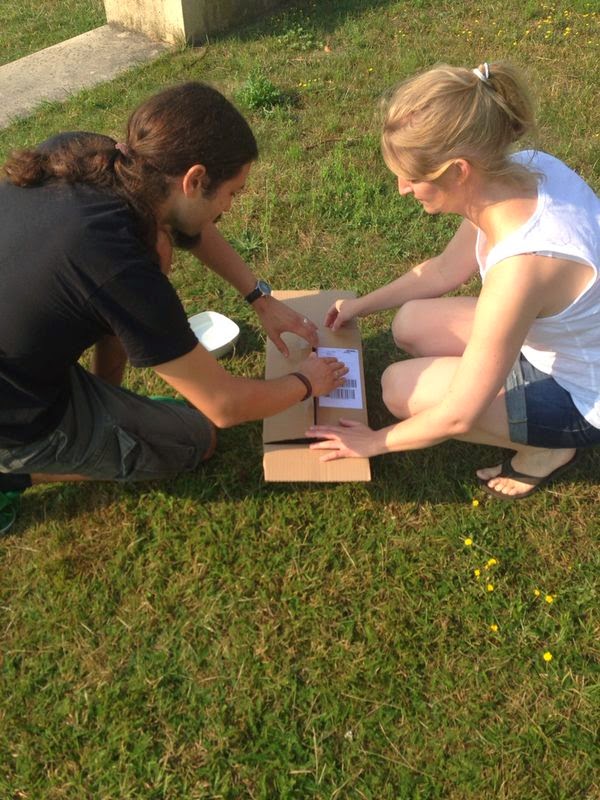 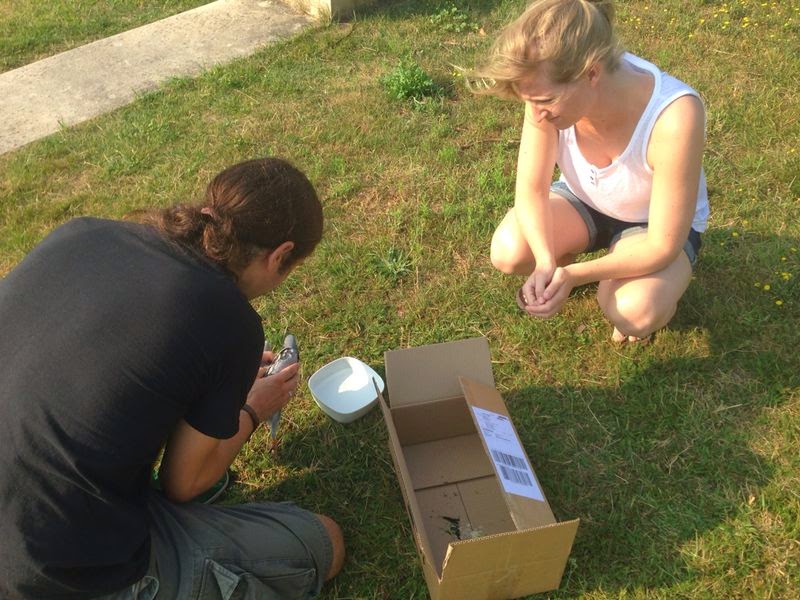 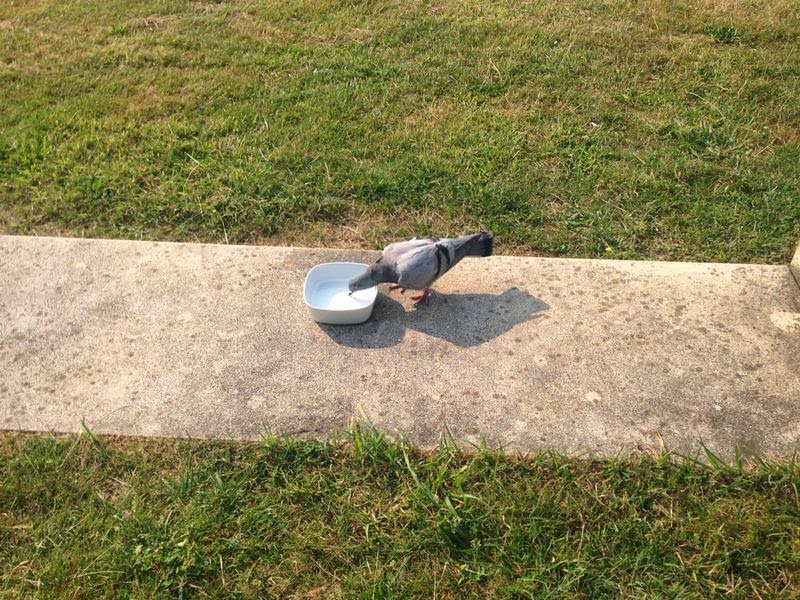 After some initial drowsiness, he started to drink and walk around. Because he was too weak to fly, we eventually put him back in the box and called the "Verband deutscher Brieftaubenzüchter" (the German carrier pigeon organisation) and asked what we could do next. 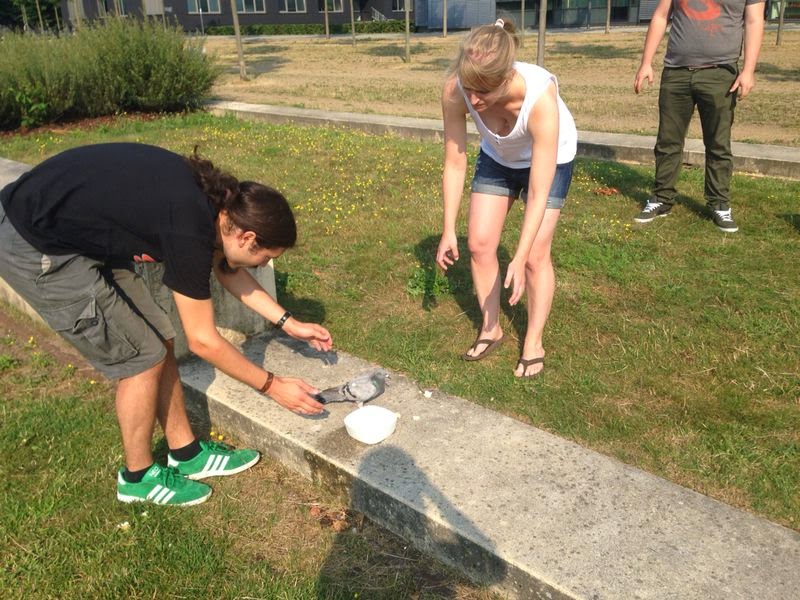 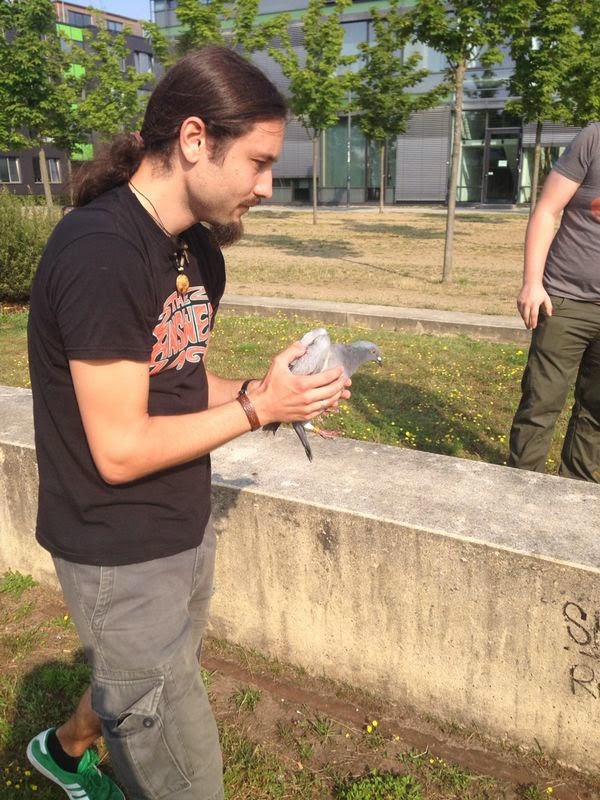 Now, Bruno is inside a bigger box with water and some grains (thanks to the Campus Suite) waiting to get picked up by his owner. 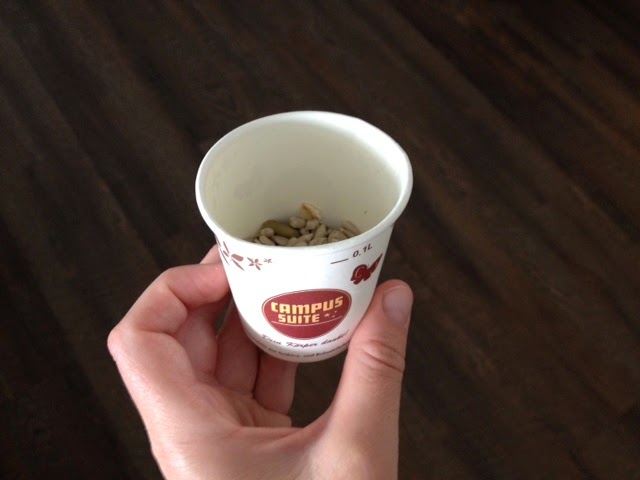 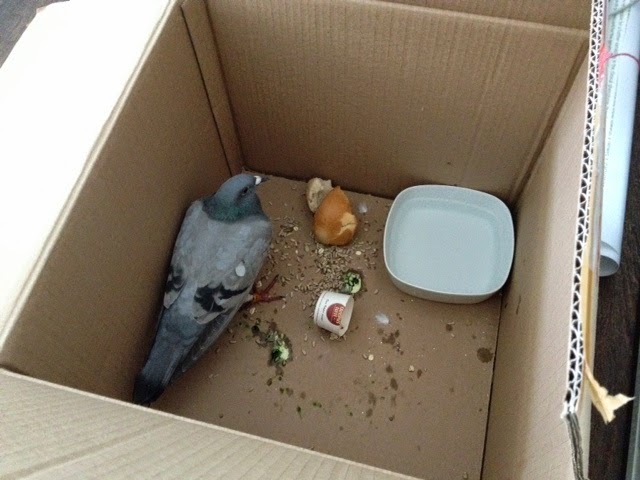 B, M and I
(the genomatics group)