Yesterday was the day of the last match for England at this year’s World Cup, and the big question was: would they say goodbye with their heads held up?


To find that out, we met in the afternoon, after a long day in the lab (with interesting insights in Ultrasound technique!), in one nice café, where there wouldn’t be too many people around. Actually, most of the pubs were not packed with people – I wonder why that was :) Nevertheless, the game was on, and the group was motivated and funny – and not even the result in the end (a 0-0 against Costa Rica!), could turn the mood down.


To forget about the match, we moved on to a small and nice restaurant, where I had a mushroom-goat cheese stack bagel (which was very tasty!), and, as a perfect finish, a banana cheese cake! The picture does not begin to describe how perfect that cake was! 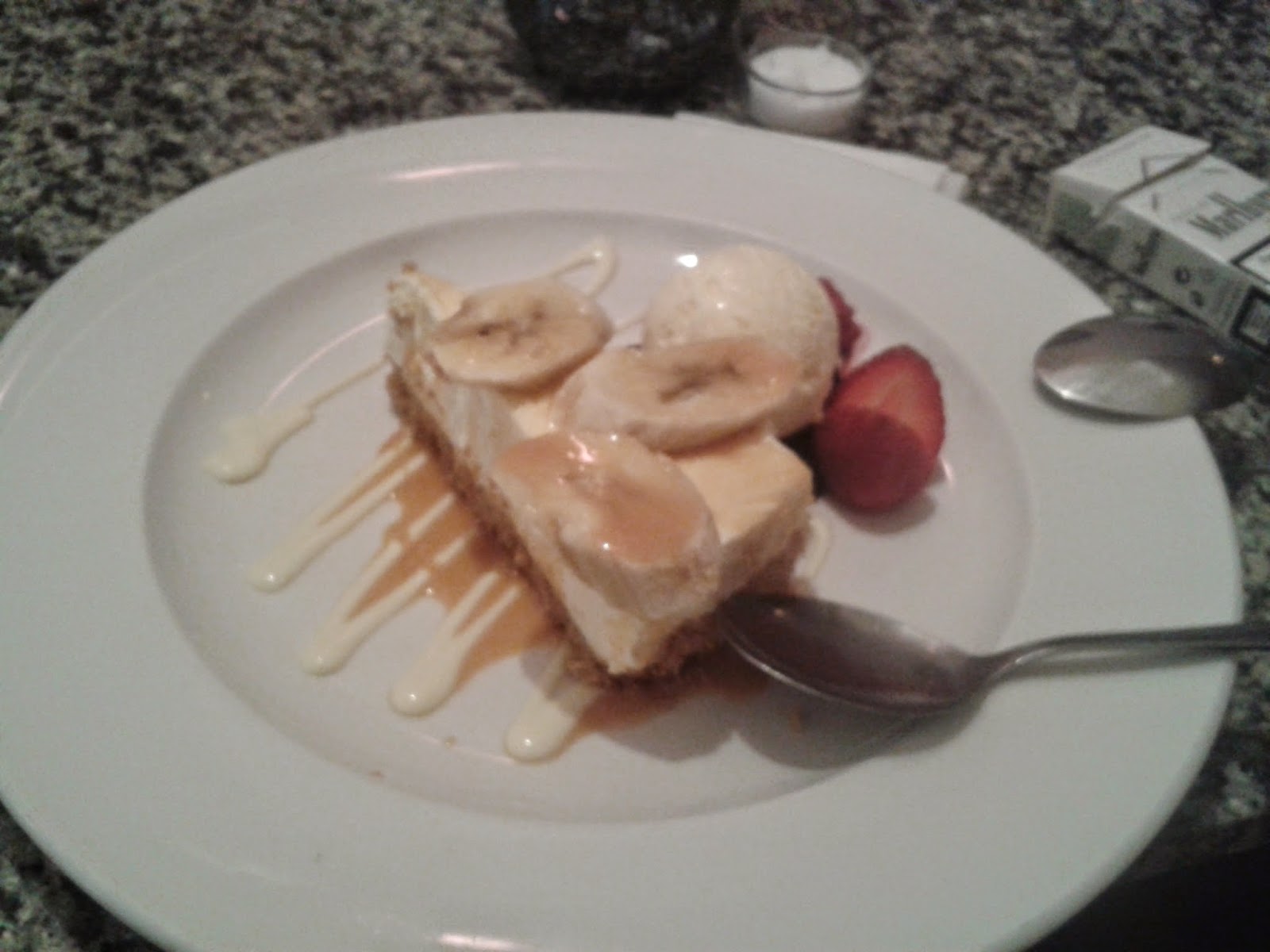 After that, and having a few Greek people in the group, we decided to watch their ‘end-game’ as well – Greece had to win to proceed, and their not-so-easy opponent was Ivory Coast (with a scary Didier Drogba!).


That was the exciting match everyone was hoping for on that evening, and with a fortunate outcome for Greece – wonder what they would have done to Samaras if he had missed that penalty in the last second… :)


Today was packed with meetings, talking, and learning, and I need to go to the hotel now and hope that my brain relaxes and processes all the Information it got stuffed with today!


Tomorrow will be more learning in the lab, and then I’ll already head home at noon! Can already say, it was a short, but productive time here – or, as one of the Technical Assistents put it very nicely: it’s quality, and not quantity :)


Having said that, I’ll stop before I am writing a novel here…
JA