And the winner is...

on June 20, 2013
Yesterday, we attended the "Luebecker Doktorandentag" and we had a lot of fun. This is a great event where the public can learn what it actually means to be working in science. The setup is the following. Each PhD student presents their work with a poster. The challenge is to explain research in a way that is understandable to the general public. Talking science, without getting people bored. 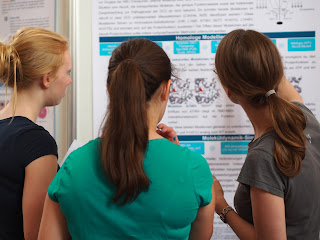 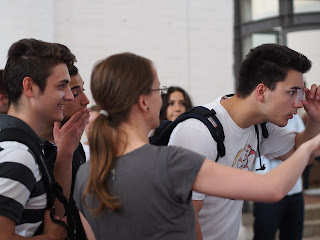 Every day we search for disease-causing mutations, so why not let the people see how that works given a pedigree and 7 mutations to choose from. Not as simple as you may think if the causal mutation is digenic (a combination of two mutations that cause the disease). 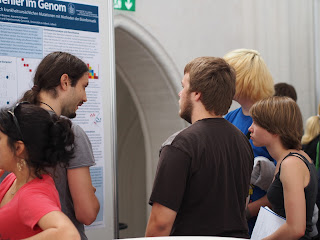 The first part of the work is to identify disease-causing variants. The next is to explain the mechanisms that underlie the disease. In other words, we have a crime (the disease), we have a suspect (a gene), and now it is up to us to figure out how the crime was carried out. 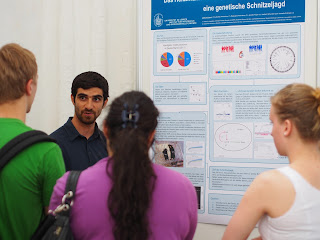 We can't end this post without mentioning that we won the prize for the best poster ("Tippfehler im Genom"). (In group 6)